Just Because We Can Doesn’t Mean We Should

It’s 7:45am. I glance out my dining room window onto my driveway, where my daughter Zoe pulls out out of the driveway, with Abby sitting shotgun. They’re sixteen and fourteen. Its terrifying, but it’s the new normal. There’s a piece of me each morning that wants run out, give her last minute coaching and monitor every move.

When she drove off, I had a panic attack. What the hell did I just do!? I was glued to the Find iPhone app, monitoring every turn she made, timing her speed block-by-block. I was a wreck. I think we all know that feeling; whether it’s hovering over our toddlers every move on the playground, or wanting so desperately to protect her from bullies and physical dangers.

I just read this article: The Anti-Helicopter Parent’s Plea: Let Kids Play! by Melanie Thernstrom and reflected on my experience as a parent, but I also see a parallel to the work we do here at Storyleaders in a big way. For me, the article really spoke to how we cultivate [or crush] creativity and imagination.

By hovering, monitoring every step, engineering every activity, we prevent our kids from the good stuff: skinning their knees and rebounding, figuring out on their own how to problem solve with other children. Without knowing, we stifle creativity, imagination and empathy. But the scarier part is revealed in the research which shows that kids raised in these Helicopter environments have less creativity, take less risks later in life, have lower self esteem, show signs of less individualism, and have lower resilience levels.

Something not discussed in that article is this: If you put children in say, a yard that has no boundaries, and you tell them to go play, they likely freeze and won’t play. But If you drop them in a middle of a playground with simple boundaries: the four corners of the park or the streets, they are likely to play freely. Meaning: boundaries are important, but what they do inside of those boundaries is up to them. 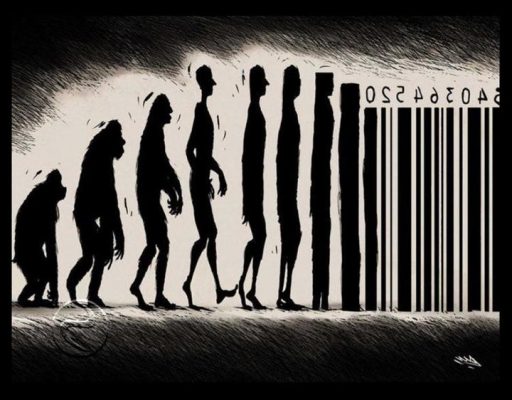 When I started my career, I didn’t have many inhibitions. No agendas. I had only unbridled raw emotions like curiosity, ambition, fear, and passion. There was a lot of uncertainty and unknown.

Early on, I was given simple boundaries. I had to show up every morning at 7:30am, come back every day at 6pm. I had a simple sales model to follow, and a monthly quota. Those were my boundaries and they served me well. I knew exactly what they were, but at the same time, I had the confidence to play freely within them. I found my way and really thrived.

Over time, those boundaries tightened. My simple sales model, evolved into a more complex version. Everything was a step, a stage or a gate to pass through. On top of that, I had forecast meetings, QBRs, certification on the products, and technology that allowed others to monitor my progress. Through the years, there was more process on top of process, with more steps.

Then, as a Manager, I acquired an entirely new set of management processes to make sure my people followed theirs. I even had a process for how to coach my people when they weren’t adhering to the process. Incrementally, one control after another was piled on, only to wake up in a whole new era of an over-engineered work life, and this shows up everywhere.

At Salesforce’ annual Dreamforce Conference, I heard a Keynote on the evolution of technology, promoting the Internet of Things (IoT) and Artificial Intelligence (AI). The speaker used this image below as a backdrop for his talk. I stared at the slide.

He accompanied this picture with a story of a Toothbrush manufacturer that has developed the ‘Connected Toothbrush’. The toothbrush can now track our children’s brushing habits. He ended with, “Your kids won’t be able to lie to the Dentist when they’re in the chair. The stats will be uploaded in real-time, to the Dentist’s tablet.” 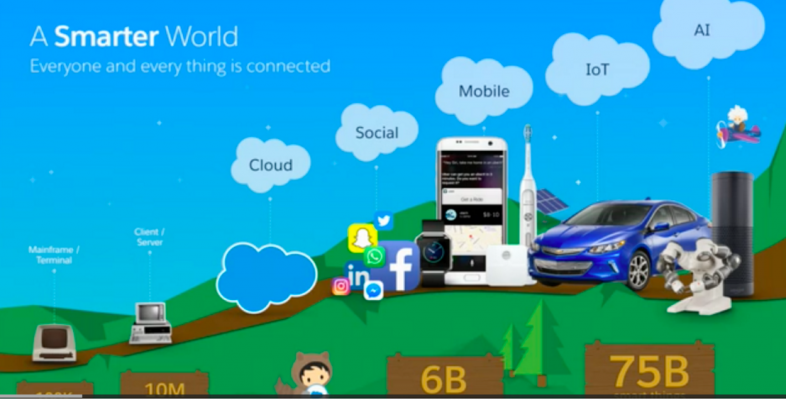 And I’m thinking: Do I want to take that power away from my children?  They should be able to have the conversation.  At least be able to make the decision whether or not they’re going to lie when they’re sitting in that dentist chair.  I want them to be able to look at the Dentist in the eyes, and feel what its like to answer a question truthfully or not. That’s part of the human experience.  I’m sure someone out there will try to convince me that collecting brushing stats, or prompting real-time dental activity, and so on, is somehow going to enhance our lives.  Really?!

Maybe the intentions are worthy – we care about our kids, we care about results and outcomes, but the focus on over-processing, over-engineering, controlling and monitoring comes with unintended consequences; the dehumanization that follows.

Here’s some recent evidence.  Last week, I got a call from a Leader at Intel, who’s familiar with my work and wanting help.  She started by reflecting on “the old days at Intel”, describing a culture that was once really connected, not through technology or controls, but by something bigger.  She said everyone used to feel a shared purpose; they believed they were making a difference together.

However, through the years, that devolved into a highly-engineered, process-driven culture; measurements and controls for everything.  She talked about a disconnected culture, which I found ironic because they were more connected through process and technology than ever before.  She then confessed that turnover is at an all time high, and morale is at an all time low.  She said, “It’s traumatic” which sounded like a pretty big indictment on their corporate culture.

But these symptoms sounded shockingly similar to those of Helicopter Parenting.

To me, a dehumanization has occurred which can be overlaid on the exact same slide, by adding a simple red arrow. 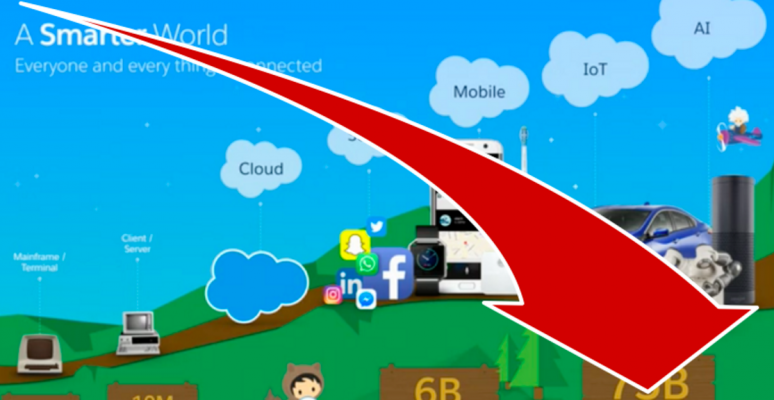 It’s not that boundaries and processes (with technologies) aren’t important. Its that inside of those boundaries, allow people the freedom to play, to create, too skin their knees, make mistakes, to take risks and embrace uncertainty.
Just as with the Helicopter Parent, when our Corporate cultures hover, monitor every step, engineer every activity, we prevent each other from skinning our knees and rebounding, from trying new things, from figuring out on to work with others to problem solve cooperatively.

We stifle creativity, imagination, and empathy. And just as the research reveals, we take less risks, have lower self esteem, show signs of less individualism, and have lower resilience levels. How cool would it be if more corporate cultures took a page out of Mike Lanza’s backyard playground?

Back to my girls. Each morning when I see them off, its gets a little easier. It’s still scary, but I’m learning a valuable lesson about my own instincts to control. It’s a practice in letting go, “leaning into the discomfort of uncertainty” (as Brene Brown says), and trusting that less controls, and allowing them the free expression to play will give them the confidence to try new things, step out of their comfort zones, rebound when they fall, and show up in their own lives in whichever way they chose.

PS: the roots of the word “Control” come from “against the flow”. Think about that.